Reflecting on Maritime Transportation as the Sinew of Commerce and Conflict

In this talk, drawing from her recent book, Sinews of War and Trade, Khalili will discuss the centrality of maritime transport infrastructures to the making of capitalism in the Arabian Peninsula. She will highlight histories of colonialism, labour struggles, and war-making as central to the forging of these infrastructures.

Laleh Khalili is a Professor of International Politics at Queen Mary University of London and the author of Heroes and Martyrs of Palestine: The Politics of National Commemoration (Cambridge 2007), Time in the Shadows: Confinement in Counterinsurgencies (Stanford 2013), and Sinews of War and Trade (Verso 2020).

ORGANIZER
This is an event organized by the CRF Project “Infrastructures of Faith: Religious Mobilities on the Belt and Road [BRINFAITH]” (RGC CRF HKU C7052-18G).

Held once a month, the series invites scholars from all around the globe to discuss their research on the interconnections between religion, infrastructure and empire in Afro-Eurasia. Engaging a wide variety of disciplines and topics, the lectures promise to enrich our understanding of how religiosities are transforming in an infrastructurally-connected yet increasingly de-globalizing world defined by great power competition.

Webinar Series on 'Religious Practices in the Himalayan Spaces' 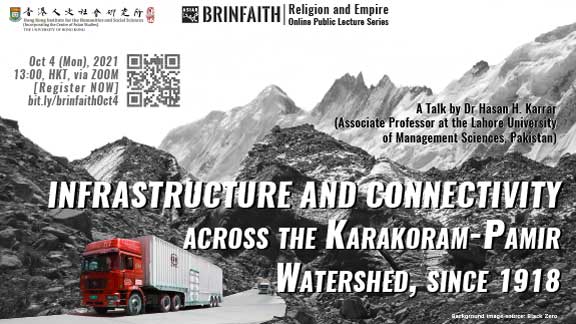 Infrastructure and Connectivity across the Karakoram-Pamir Watershed, since 1918

In our next talk, Dr. Karrar will describe how, beginning in the 20th century, the Karakoram-Pamir region was transformed into a frontier by distant political centers projecting sovereignty; and how this frontier would continue to iterate under #BRI. 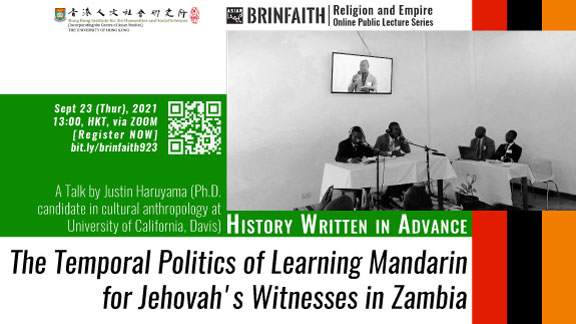 History Written in Advance: The Temporal Politics of Learning Mandarin for Jehovah’s Witnesses in Zambia

Over the last decade, there have been a proliferating number of Mandarin-language Jehovah’s Witnesses congregations in Zambia. In this talk, we’ll look at the controversial presence of Chinese migrants in Africa today, with a focus on social interactions between Chinese expatriate and local Zambian communities. 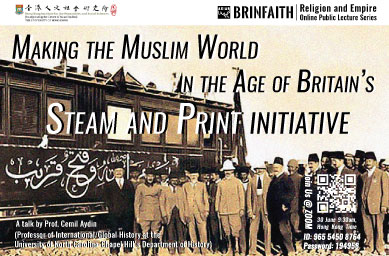 How did the Britain’s era of Steam and Print contribute to the emergence of geopolitical, religious and civilization discourses in the Muslim world and what are the legacies of this era? Revisit this high age of racialized empires with Prof.Aydin @cemilaydin86 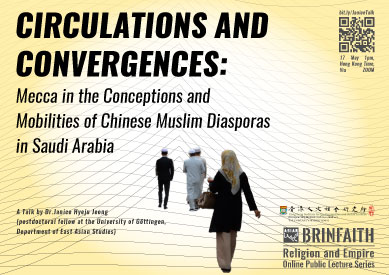 Circulations and Convergences: Mecca in the Conceptions and Mobilities of Chinese Muslim Diasporas in Saudi Arabia

Dr.Janice Hyeju Jeong will share how #Mecca acts as a convergence point and an intermediary site that has hosted and re-directed mobilities of #diaspora populations from across #Asia, with a focus on #ChineseMuslim settlers in the Hejaz between the 1930s and 2010s. 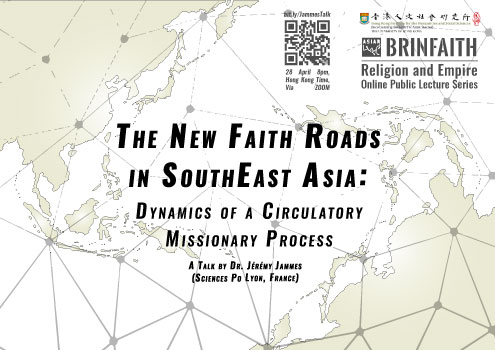 The New Faith Roads in Southeast Asia: Dynamics of a Circulatory Missionary Process

What are the critical implications and dynamics in the major shift of world’s religious balance?Case studies of Evangelical-Pentecostal, Islamic and Buddhist missionary programs in #SoutheastAsia since the 1950s will be comparatively examined. 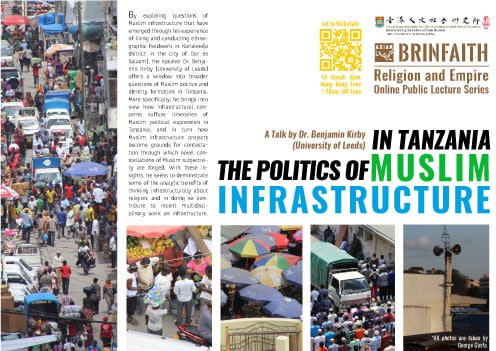 The Politics of Muslim Infrastructure in Tanzania

What are the analytical benefits of thinking infrastructurally about religion? By exploring #Muslim #Infrastructure in #Kariakoo(a district in of Dar es Salaam in #Tanzania) Dr Benjamin Kirby will offer a window into broader questions of Muslim politics and identity formation … 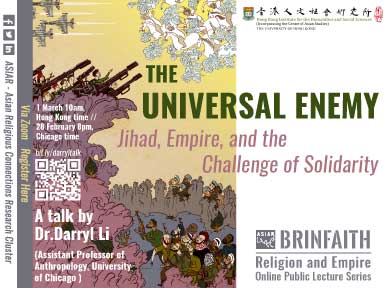 The Universal Enemy: Jihad, Empire, and the Challenge of Solidarity

#Jihadists opposed to #universialism? Drawing upon more than a decade of research with former #Islamist foreign fighters in a half-dozen countries, Dr.Darryl Li, however, argues that transnational jihadists struggle to realize a vision that directs at all of humanity. 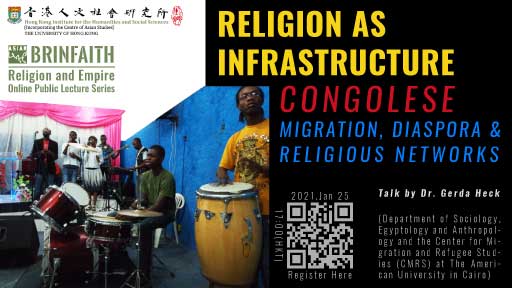 Questioning a traditional notion of #infrastructure that focuses solely on #architectures and utilities, Dr. Gerda Heck @CMRS_AUC will share how revival #churches have become powerful infrastructural actors, where #Congolese migrants make use on their migratory routes and beyond. 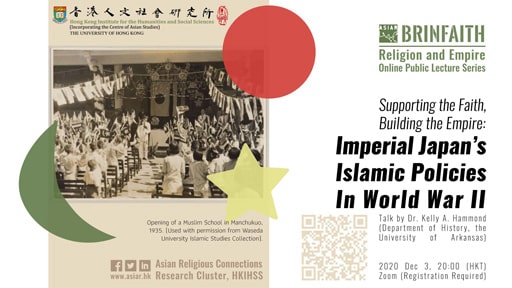 Dr. Kelly Hammond @kellyahammond will present how #Japan placed #Muslim at the center its #imperial ambitions in #WWII, revealing their visions went far beyond the #GreaterEastAsia Co-Prosperity Sphere into other predominantly #Islamic spaces from Central Asia to North Africa.

By tracing #Yinchuan’s ups and downs over the past decade, this lecture by Dr. Kyle Haddad-Fonda (Fellow, Foreign Policy Association) will explain the evolution of China’s diplomacy toward the #MiddleEast and examine how #China continues to rely on #Islam, even when its #religiosity is contentious than ever before.

Dr. Galen Murton (Assistant Professor of Geographic Science, James Madison University) in this lecture will highlight the #cultural dimensions that are often hidden within broader #geopolitical discourse on the #BRI in #Nepal.

Islamic Belonging to Chinese Society: Taboo, Tolerance and the Ban on Alcohol in a Chinese Hui Muslim Town 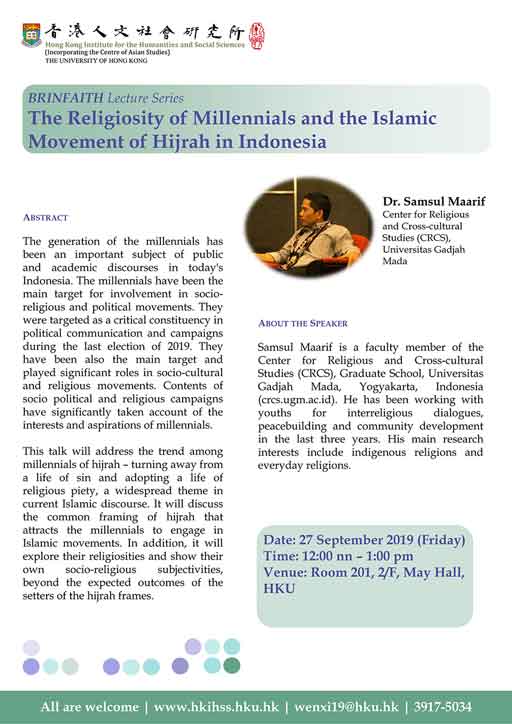 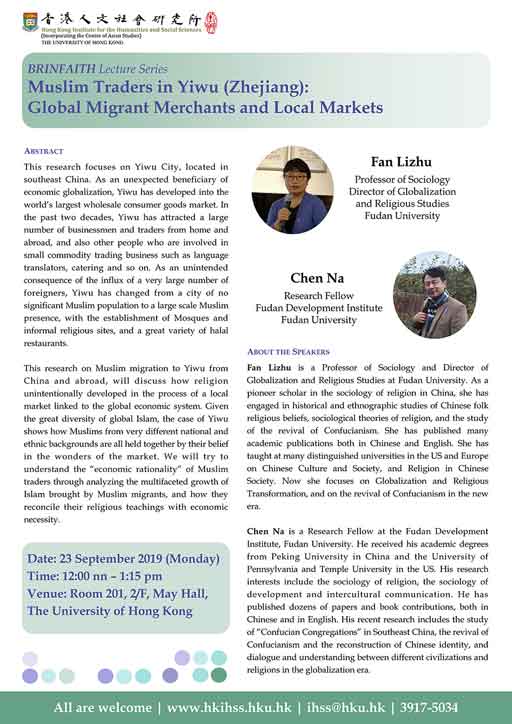